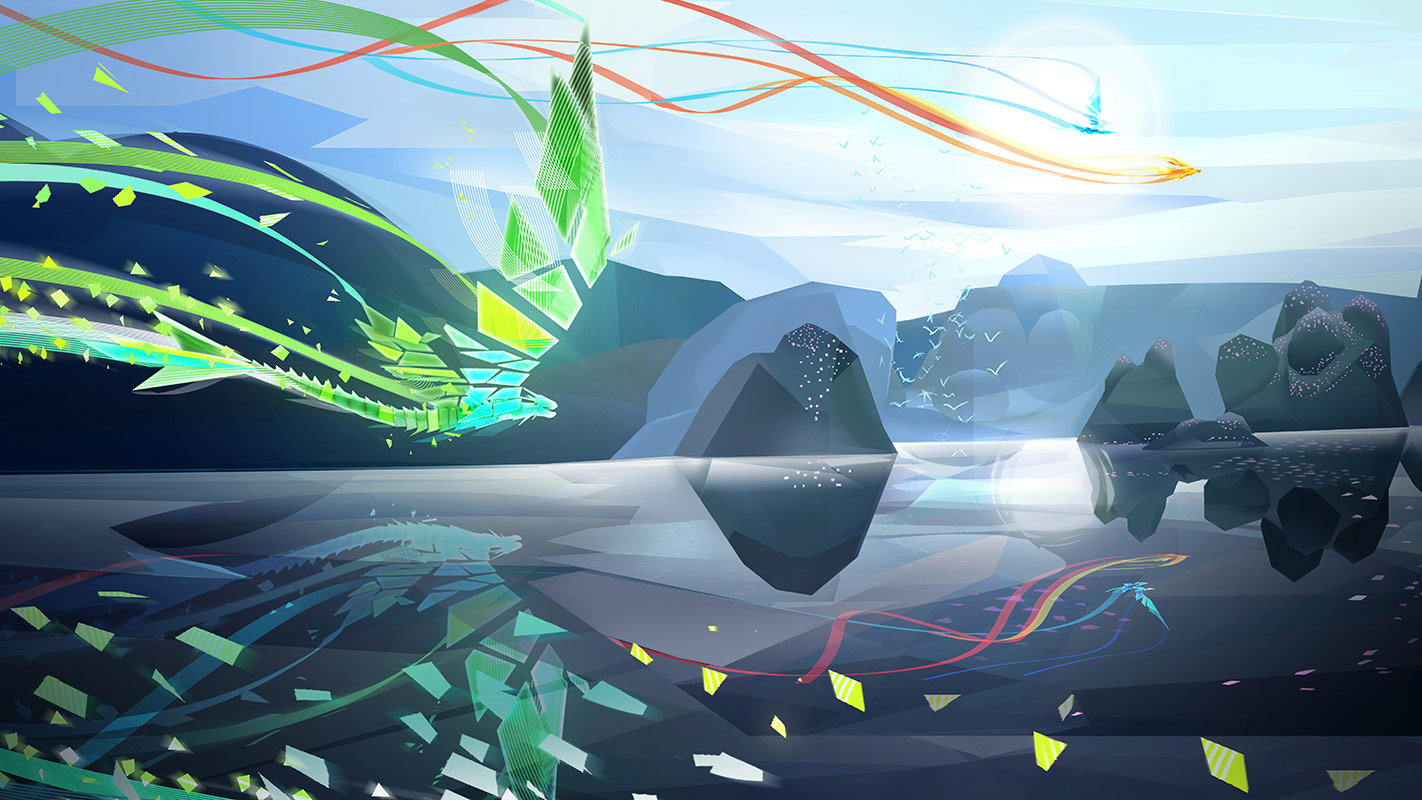 Entwined is a game about two souls, a bird and a fish, who are in love but can’t be together. Once united, the two souls will transform into a magnificent soaring dragon. It is available on PS4, PS3, Vita, iOS and Android.

In this game the player controls two characters at the same time. The bird is controlled through the right stick and the fish through the left stick. Once you complete a level, the bird and the fish fuse to become a dragon, which can be controlled using both sticks.

We also released a mobile version featuring a new multiplier system. This was called Entwined Challenge. It was released on both Android and IOS.