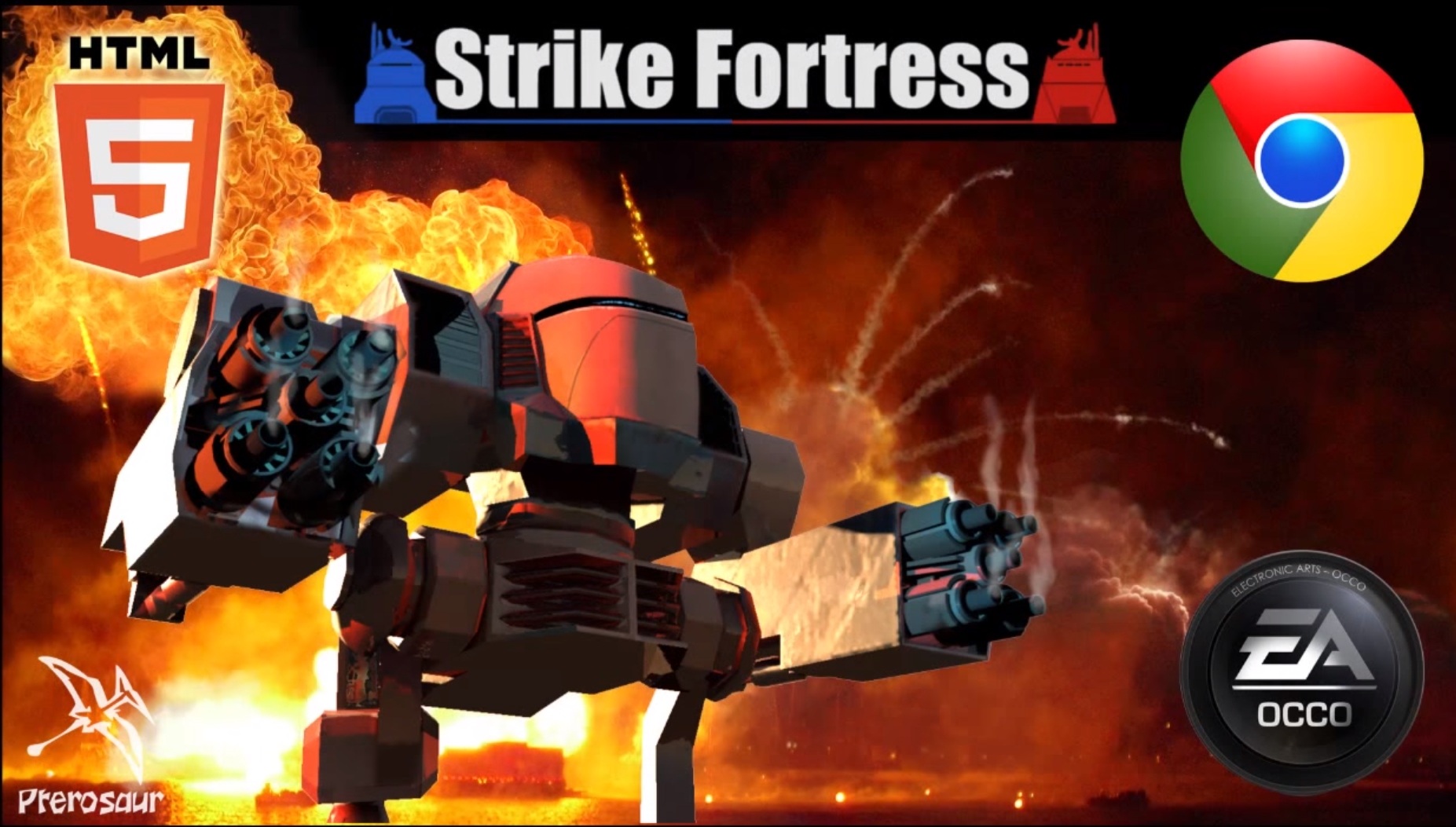 Strike Fortress was a Webgl game (required no plugins) which was showcased at Google IO. I was part of a team from Carnegie Mellon ETC at EA OCCO. We were tasked with making a complete two player, MOBA style game. The players controlled Mechs and AI units (tanks,gunships and many more). The main objective was to capture as many turrets along the way as possible and then destroy the enemy base.

There was also a mobile component where in a third player could drop missiles or supply drops using a mobile device.